Liver Transplantation of Complications and Contraindications 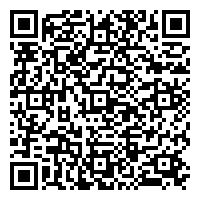 Liver Transplantation of Complications and Contraindications

A liver transplant is the replacement of a diseased liver with another person’s healthy liver (allograft). Liver transplantation is a treatment option for end-stage liver disease and acute liver failure, although the availability of donor organs is a major limitation. The most common method is orthotopic transplantation, in which the native liver is removed and replaced with a donor organ in the same anatomical position as the original liver. The surgical procedure is complex, requiring careful collection of the donor organ and careful implantation of the recipient. Liver transplantation is strictly regulated and is performed only in designated medical transplant centers by highly trained transplant physicians and a supportive medical team. He was followed by Christoph Brolsch of the University of Chicago Medical Center in November 1989, when two-year-old Alice Smith received part of her mother’s liver [1]. Eventually, surgeons realized that LDLT from an adult was also possible, and the practice is now common at several reputable medical institutes. It is considered technically more difficult than even a standard cadaveric donor liver transplant, and it also raises the ethical issues underlying the indication of a major surgical operation (hemihepatectomy or similar procedure) in a healthy person. In various case series, the donor’s risk of complications is about 10%, and a second operation is very rarely required. Biliary fistula, gastric stasis and infections are common problems; they are more common after removal of the right lobe of the liver. Death after LDLT has been reported as 0% (Japan), 0.3% (USA), and <1% (Europe), with the risk likely to decrease further as surgeons gain more experience with the procedure [2]. Since the law was changed to allow altruistic undirected living organ donation in the UK in 2006, the first altruistic living liver donation took place in the UK in December 2012 [3].

The operation on a living donor is performed in a large center. Very few people need a blood transfusion during or after surgery. All potential donors should be aware that the chance of death is between 0.5 and 1.0 percent. Other risks of liver donation include bleeding, infection, painful incision, potential for blood clots, and prolonged recovery [4]. The vast majority of donors make a full recovery within 2-3 months[5]. Vascular complications include thrombosis, stenosis, pseudoaneurysm, and rupture of the hepatic artery [6]. Venous complications are less common than arterial complications and include thrombosis or stenosis of the portal vein, hepatic vein, or vena cava. Biliary complications include biliary stenosis, bile leak, and ischemic cholangiopathy. The risk of ischemic cholangiopathy increases with longer duration of cold ischemia, which is the time when the organ is deprived of blood flow (after death/removal before graft placement) [7].

Although liver transplantation is the most effective treatment for many forms of end-stage liver disease, the enormous limitation in allograft (donor) availability and widely variable outcomes after surgery make case selection critical. The assessment of a person’s suitability for transplantation is carried out by an interdisciplinary team that includes surgeons, doctors, psychologists and other medical professionals.

The first step in the evaluation is to determine whether the patient has irreversible liver disease that can be cured by receiving a new liver [8]. Therefore, people with disease that is primarily extrahepatic or has spread beyond the liver are generally considered poor candidates. Some examples include: