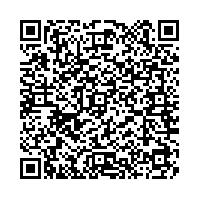 Perspective of Female Residents Working within a Traditionally Male Dominated Department in a Tertiary Care Hospital: An Observational Study

Introduction: General surgery has traditionally been a male dominated field. Only about 20% of postgraduates enrolling in general surgery are women. It is vital to understand the challenges and barriers to their growth to ensure an optimal working environment. This study was performed to identify the challenges and barriers faced by the female General Surgery residents at our institute.

Methods: This was an observational study. All female residents working in the department of General Surgery were invited to take part in the study. Mean and SD were used for the normally distributed data and data was expressed in percentages.

Results: A total of 27 women took part in the study. The mean age of the participants was 26.0 ± 1.9 years (Range 23–31 years). Only 7 (25.9%) residents said that they didn’t face any discouragement from anyone and only 6 (22.2%) never felt any discrimination from male residents. Two (7.4%) were sure to have faced sexual harassment and 2 (7.4%) had probably faced sexual harassment. The most common perpetrator of sexual harassment was another colleague (100%). Still, 24 (88.9%) respondents had either excellent or good support from male colleagues and 25 (92.6%) had no preference in working with either males or females.

Conclusion: Mentorship models during basic medical training may be useful in encouraging female doctors to take up general surgery. For making working environment more conducive for working, workplace gender sensitization and awareness programs for workplace sexual harassment should be made mandatory for members of the surgical team.