Allele and its Dominance 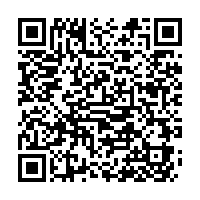 Allele and its Dominance

Allele means different genes given. In genetics it is common for genes to show deviations or variations. All alleles together form a set of genetic information that defines a gene. The allele is a variation of the same sequence of nucleotides that bind genetic product to the same location in a long DNA molecule. In very rare cases, the allele may be based on a Single Nucleotide Polymorphism (SNP). In extreme cases, it may be based on differences in the size of a few thousand pairs in length. Many visual alleles cause little or no change in the function of the genetic product you are coding. However, sometimes, different alleles can lead to a variety of phenotypic visual effects, such as a different color. A notable example of this discovery by Gregor Mendel is that the colors of the white and purple flowers on pea plants were the result of a single gene with two alleles. Nearly every living cell with many cells has two sets of chromosomes at some point in their life cycle; that is, they are diploid. In this case, the chromosomes may be paired. Each chromosome of pairs contains the same genes for the same sequence, location, and chromosome length. In a given gene, if two chromosomes contain the same allele, they, along with the organism, are homozygous in relation to that gene. If allele are different, they, along with organism, are not heterozygous in relation to that gene.

In genetics, dominance is the phenomenon where one variant (allele) of a gene on a chromosome masks or overrides the effect of another variant of the same gene on another copy of the chromosome. The first variant is called dominant, and the second - recessive. This condition of having two different versions of the same gene on each chromosome is initially caused by a mutation in one of the genes, either new (de novo) or inherited. The terms autosomal dominant or autosomal recessive are used to describe gene variants in non-sex chromosomes (autosomes) and associated traits, while variants in sex chromosomes (allosomes) are called X-linked dominant, X-linked recessive, or Y-linked ; they have a pattern of inheritance and representation that depends on the sex of both the parent and the child (see Sex). Because there is only one copy of the Y chromosome, Y-linked traits cannot be dominant or recessive. In addition, there are other forms of dominance, such as incomplete dominance, in which a gene variant has a partial effect compared to when it is present on both chromosomes, and co-dominance, in which different variants on each chromosome show associated traits.

Dominance is a key concept in Mendelian inheritance and classical genetics. Letters and Pannett squares are used to demonstrate the principles of dominance learning, and using uppercase letters for dominant alleles and lowercase letters for recessive alleles is a widely accepted convention. A classic example of dominance is the inheritance of seed shape in peas. Peas can be round, associated with the R allele, or wrinkled, associated with the r allele. In this case, three combinations of alleles (genotypes) are possible: RR, Rr, and rr. RR (homozygous) individuals have round peas, and rr (homozygous) individuals have wrinkled ones. In Rr (heterozygous) individuals, the R allele masks the presence of the r allele, so these individuals also have round peas. Therefore, the R allele is dominant to the r allele and the r allele is recessive to the R allele. Dominance is not inherent to alleles or its traits (phenotype). It is a strictly relative effect between two alleles of a given gene of any function; one allele may be dominant to the second allele of the same gene, recessive to the third, and dominant to the fourth. Also, one allele may be dominant for one trait but not for others. Dominance is different from epistasis, the phenomenon where alleles of one gene mask the effect of alleles of another gene.